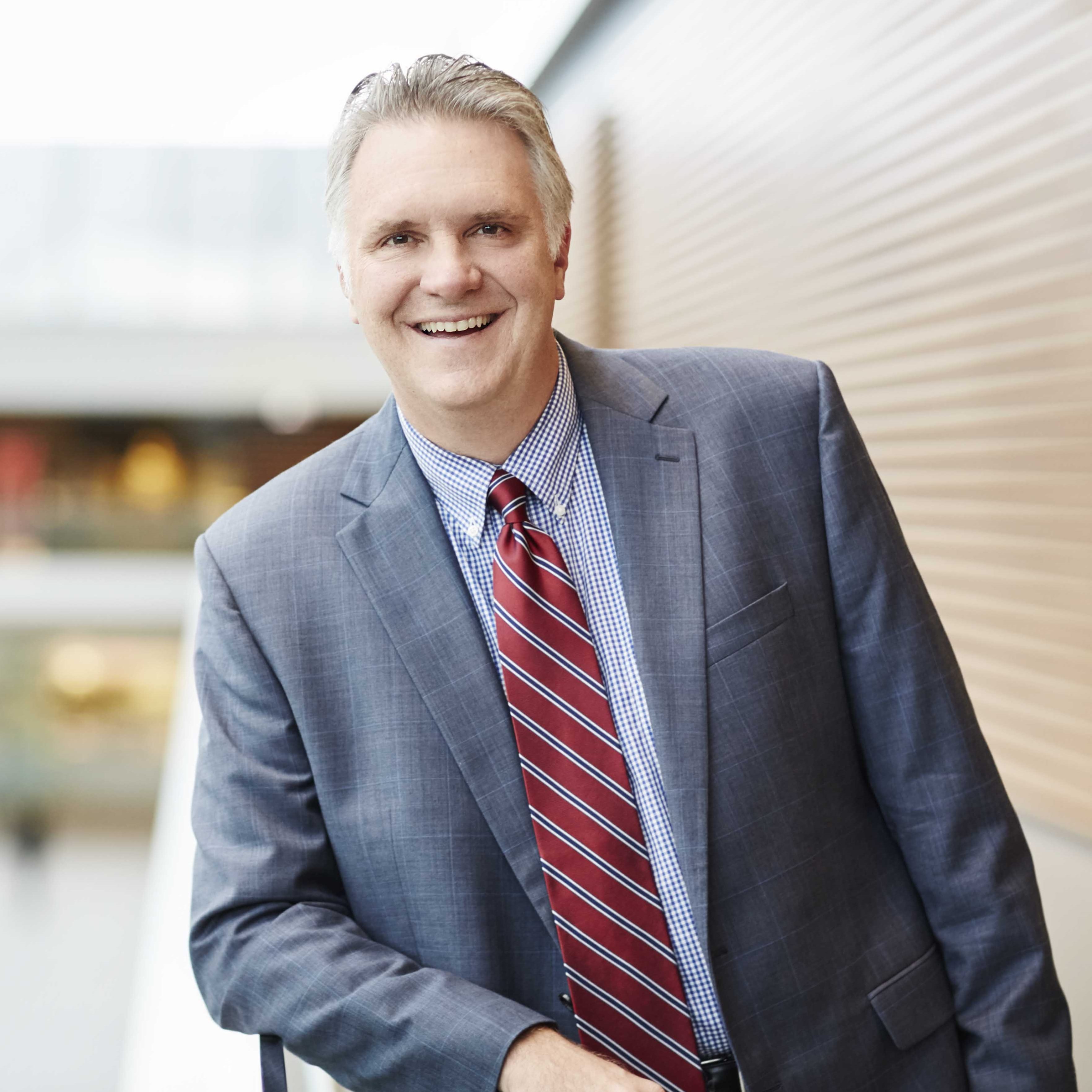 Christopher Ronayne was named President of University Circle Inc (UCI) in 2005. UCI is the non-profit community service corporation responsible for the development, service, and advocacy of University Circle as a world-class center of innovation in health care, education, and arts & culture and premier urban district. Since becoming UCI’s seventh president, Ronayne developed a dynamic and aggressive agenda to leverage the institutional assets of the Circle’s anchor “Eds, Meds, and Arts” organizations and transform it into a vibrant mixed-use district.

Chris Ronayne and his staff partner with more than 40 member institutions to oversee the growth and direction of Ohio’s fastest growing employment district, with UCI providing community planning, development, education, marketing, police, and other shared services.

Before joining UCI, Ronayne served the City of Cleveland as the City’s Planning Director, Chief Development Officer, and Chief of Staff. He was the chief architect of the City’s Waterfront District Plan, an ambitious effort to reconnect the people of Cleveland to Lake Erie.

In addition to his role with UCI, Ronayne is Chairman of the Port of Cleveland Board of Trustees, Chairman of the Holden Parks Trust, a member of CEOs for Cities, the American Planning Association, and numerous local boards and foundations. Ronayne is a frequent speaker and lecturer at urban development seminars and forums across the United States and internationally. Ronayne holds a Masters degree in Urban Planning, Design, and Development from Cleveland State University and a Bachelors degree in Business from Miami University in Oxford, Ohio.

Chris is married to Natalie Ronayne, Executive Vice President of the Cleveland Botanical Garden and The Holden Arboretum. They live in the City of Cleveland with their two children.