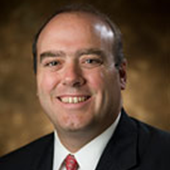 Sanders is actively working on many community initiatives including the Steven Tanger Center for the Performing Arts, the Carolyn and Maurice LeBauer City Park and Say Yes to Education Guilford.  In addition to these community initiatives the Foundation is focused on workforce development through its Triad Workforce Solutions collaboration, on civic leadership through the CEO’s for Cities national cluster cities partnerships, housing and strengthening the nonprofit sector through grantmaking.  The Foundation is an active convener of,  partner with, and investor in numerous community initiatives and works with hundreds of area families’  fulfilling their charitable interests.

Sanders serves on the board of the Greensboro Partnership and the operating committee of Action Greensboro as a founding member.  He has served on numerous boards, including the N.C. Network of Grantmakers, N.C. Center for Nonprofits N.C. A&T School of Education Advisory Board the board of CF Leads, a national organization focused on community leadership by community foundations.

He served as founding president of the J. Marion Sims Foundation in Lancaster, S.C., and was director of development and regional services for the Foundation of the Carolinas in Charlotte, N.C.

Sanders is a graduate of the University of the South in Sewanee, Tenn.